Learn to play the Caro-Kann Defense with the black pieces.

The Caro-Kann Defense has in recent years established itself as a very popular and trendy opening being employed by some of the best players in the world with great success. It’s a very principled opening, fighting for the center from the very beginning and it also leads to very different and rich positions across a lot of structures. This opening is a great choice for a player who is the “hybrid player”, a player who likes both positional chess as much as they like tactical and more dynamic chess because depending on the variation, we can get all types of positions, different structures, some more chaotic positions, some more solid positions. Therefore, the Caro-Kann is a very complete opening and a great choice for players of all levels, from Beginner to Master. In this course, you will not learn all of the lines that can be played in the Caro-Kann Defense, but you will learn the most important continuations and variations for black across the different options and variations that White can play. The variations that we going to be covering are the classical variation, the advanced variation, the exchange variation, the fantasy variation, the two Knights variation, the Breyer Variation and also the Panov Variations, both the accelerated Panov and the Panov-Botvinnik. Therefore, this course will cover you more or less against all the major weapons that White can throw you in the away. This course is intended for players of all levels, from the beginner up to the advanced player who is interested in learning the Caro-Kann opening from Black’s perspective.

Alex Astaneh is an Irish chess player and gained the International Master title in 2011. He is a three-time Irish Champion and joined the Irish Olympiad Team for three times. He has also many years of teaching experience and offers individual training or seminars for big chess clubs. Besides regular coaching, Alex is also active on social media and provides instructive and entertaining video streaming and publishes chess videos on his channels. 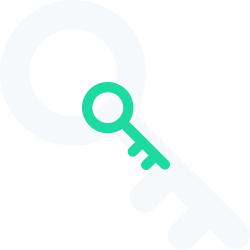